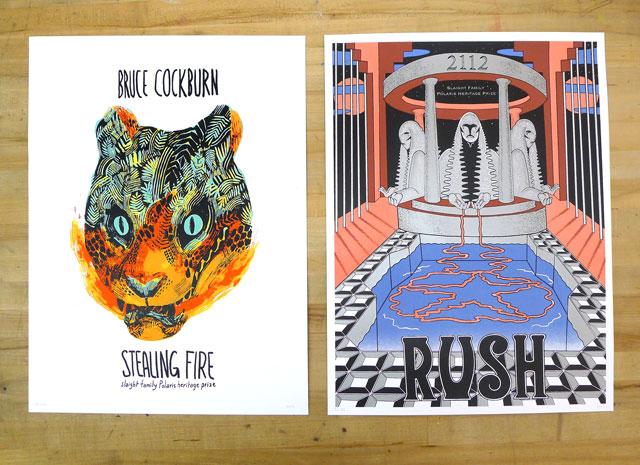 The Slaight Family Polaris Heritage Prize honours Canadian albums
of the past from four distinct time periods: 1960-75, 1976-85, 1986-95 and 1996-05.
Like the Polaris Music Prize, winners and nominees for the Heritage Prize are albums
of the artistic distinction, without regards to sales or affiliations.

Check out below for info on the poster designers/artists. Bruce Cockburn is a Canadian singer-songwriter and guitarist.
Many of his songs touch on political or environmental issues as well as human rights.
He has made more than 33 albums spanning over 40 years.
Before going Solo Cockburn was in numerous bands such as
The Esquires, The Flying Circus, Olivus, and 3’s a Crowd.
He made his first solo album in 1970. His single “If I Had a Rocket Launcher”
from his ‘Stealing Fire’ album became a hit on US charts.

Paige Bowman is an illustrator born in Victoria, BC and based in Vancouver.
She has studied illustration at both Emily Carr University of Art & Design and Sheridan College.
She loves dogs, wine, family, hip hop, and indian food after 2am.

“Rush burst out of Canada in the early 1970s with one of the most powerful and bombastic sounds of the decade.
Their 1976 magnum opus 2112 represents progressive rock at its grandiose heights,
but just a half decade later they had the guts to put epic songs aside in favor of shorter (but no less dynamic)
tunes like “Tom Sawyer and “The Spirit of Radio” that remain in constant rotation on radio to this day.
Absolutely uncompromising in every conceivable way, the trio has spent the last 40 years cultivating
the largest cult fan base in rock while still managing to sell out arenas around the globe.”

“Art/drawings, stuff like that.”
Jamiyla Lowe was born in Montreal, Quebec and attended Ontario College of Art and Design’s 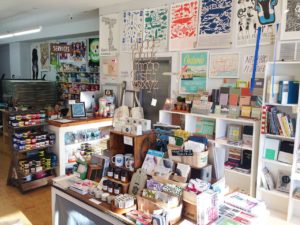 Dedicated to finding the best in indie contemporary craft. Kid Icarus takes pride in representing locally made items with the highest quality standards.